Pope Francis prays for the family of Levi Dybdal

On Tuesday, Nov. 8, 2016, at St. Vincent de Paul Catholic Church Bishop James Conley presented a letter from Pope Francis’ Secretariat of State at the Vatican in Rome to Jon & Tausha Dybdal. The letter expressed the Pope’s condolences and promised his prayers for the family of their 17-year old son, Levi Dybdal, who died after several years of illnesses. Included with the letter were three holy cards and three rosaries from Pope Francis. Levi had attended World Youth Day (WYD) in Krakow, Poland, in July 2016, with Tausha, and his brother, Lance. They were part of the group from the Catholic Diocese of Lincoln, including Bishop James Conley. Levi died on Sept. 5, 2016. A feature article on Levi appeared in the Seward County Independent on October 5, 2016.

Bishop Conley sent a letter to Pope Francis describing Levi’s deep faith in Jesus that was a great witness to people who met him. Bishop Conley stated that the Pope and Levi made eye contact as the Pope drove by Levi in the section of people in wheelchairs at WYD. The letter to Pope Francis included the funeral pamphlet with Levi’s photo on the cover and biography on the back. Bishop Conley’s presentation was made to the family in the presence of the student body of St. Vincent de Paul Catholic School of which Levi was an alum. Family members attending the presentation were Levi’s parents Jon & Tausha Dybdal, siblings Lance, Jessica, and Erich, and grandparents Erich & Janet Broer. 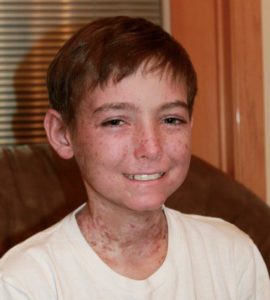 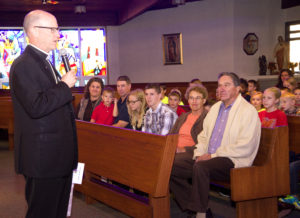 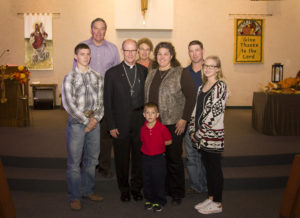 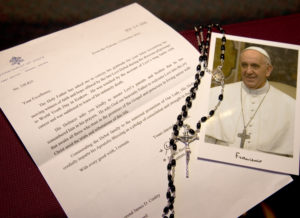